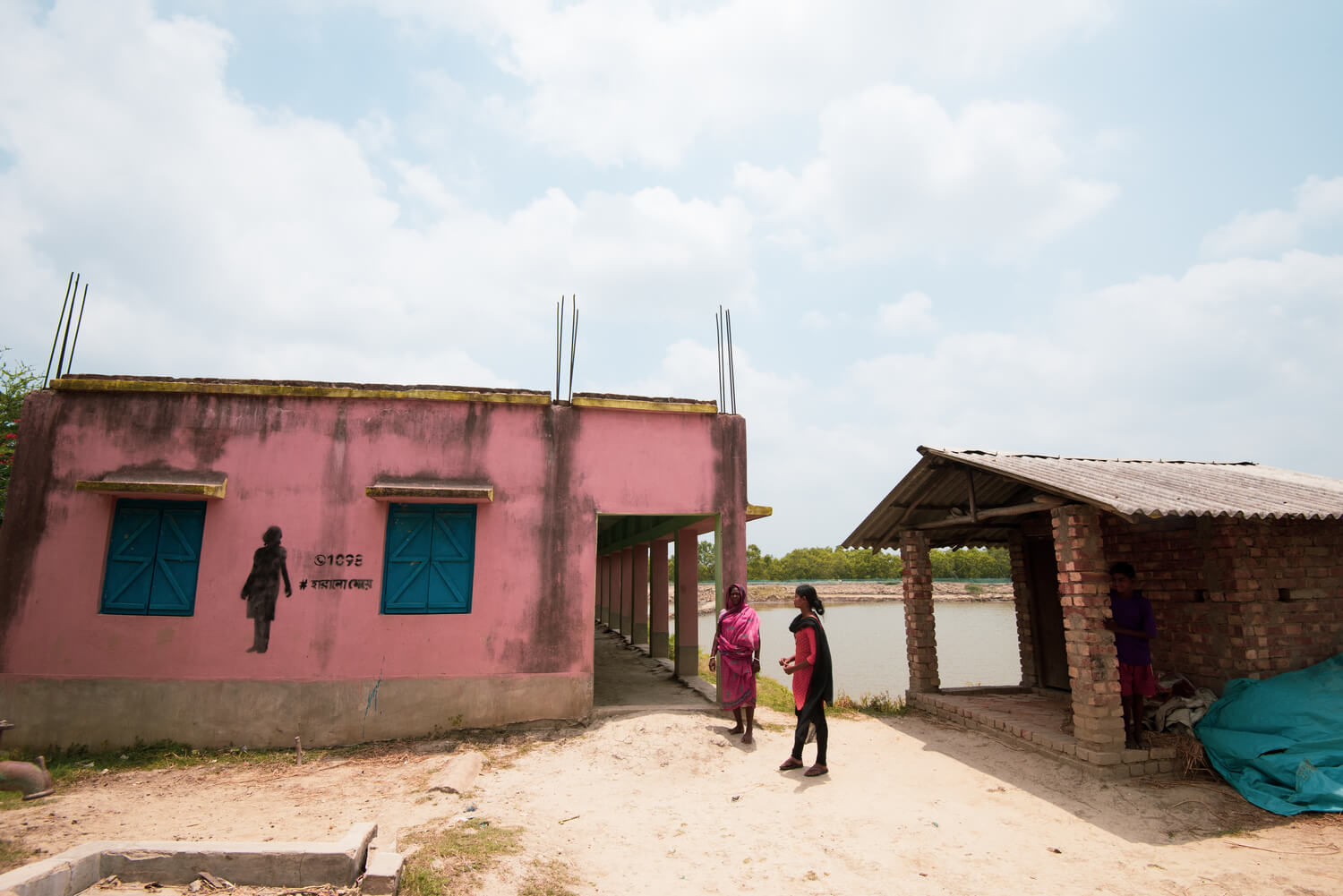 Human trafficking violates the fundamental principles of humanity – it is so far removed from the humaneness and civility that we attribute to the modern and progressed human race. While trafficking has to be abhorred from a moral and ethical standpoint due to its massive violation of human rights, there are also economic arguments as to why this crime should be stopped.

Before we delve into the economic costs of trafficking for a country or a society, it is important to understand that trafficking itself thrives due to its economic foundations – it is a demand-driven trade. The records by the United Nations and the International Labour Association records that at any given point, about 2.4 million people are the victims of trafficking and each year the business generates about 150 billion dollars. Such is the nature of demand for trafficked humans, particularly for sexual exploitation, that trafficking is seen as a lucrative business world over. This money then inevitably bankrolls terrorist and armed groups as well as abusive regimes, contributing to the instability of the world order.  It is important to understand the economic costs that trafficking creates, to combat the narrative of trafficking being a good business.

As one of the biggest organised crimes of the present, human trafficking is facilitated by a network of actors from the source, through the transit and till the destination point. High rewards with minimal risks encourage actors to violate the laws of international and national legal frameworks. Quite obviously, the profits earned from such an illegal act does not add up to the national income of our country. Conversely, the abundance of such money supply leads to added economic burden and security threats to a country.

Aside from the loss of potential human resources and contribution to economy through legal employment, the economic and security burden that trafficking imposes on a country is twofold: on the one hand, the kind of measures to be adopted in law-and-order proceedings will have to employ multiple economic resources. It has been reported by various agencies working in the field of child safety and trafficking that there is a dearth of funds for various aspects of case proceedings. Some of them include the costs for medical procedures and for travel for production at Child Welfare Committee. There are logistical difficulties in producing children at night to welfare committees due to the physical distance as well. Such logistical requirements demand infrastructural developments, the cost of which, the State has to undertake.

Secondly, it is often noted that one organised crime is linked to and sponsors another. The presence of money from human trafficking can be used to fund other criminal activities like drug peddling or illegal trading of arms. This negatively affects the domestic as well as international security situations. In addition, the presence of large criminal networks or increasing number of crimes will discourage other legitimate businesses like tourism and entertainment, that impacts the economy negatively. With trafficked persons often being exploited as forced labour, legitimate businesses can also find themselves competing with enterprises that might corrupt fair trade practices through their laundered proceeds. Such a business ecosystem, will negatively affect the efficiency, ethics and evolution of India’s economy. 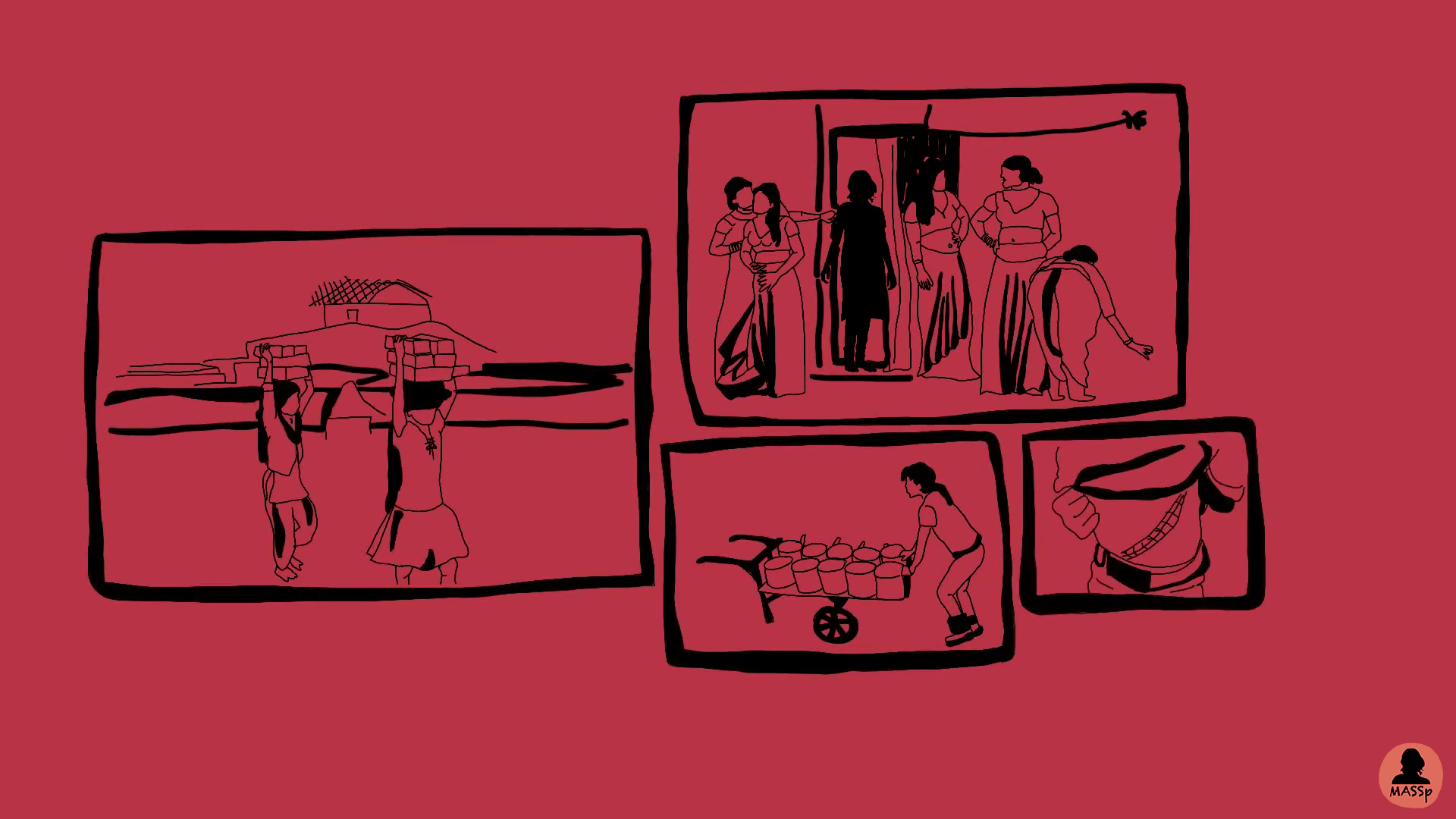 ECONOMIC BURDEN ON INDIVIDUALS AND FAMILIES

On an individual level, these procedural aspects are burdensome on the victim’s family. The traffickers target the socially and economically vulnerable sections of the society. Their economic conditions make the long procedures at police stations and other legal institutions even more costly for them. They lose out on their workdays and daily wages. Furthermore, many of them cannot afford the transportation and any other daily expenditure the process might entail. In a vicious cycle, the lack of economic resources to perform these tasks then delay the cases, which in turn increases the economic costs. For marginalised communities, such large economic costs become a major hurdle in filing complaints and seeking justice.

It cannot be denied that human trafficking victims need government’s support especially in the form of funding. The severe trauma, the lack of a sense of normalcy and negative psychological conditioning renders the victims unable to get back to their daily life immediately. They will have to then rely upon government welfare systems – in case of sex trafficking, criminal records such as past prostitution charges limit the avenues for future employment. Re-integration of survivors is a difficult, long and costly process. While it is absolutely true that the survivors deserve the support of the society and the State to get back to their normal lives, the fact remains that had these individuals not been trafficked, these economic costs would not have been incurred. And what more? These individuals could have been contributing to the economy by being gainfully employed. The US Department of Justice in 2021 reported that it had to spend 87 million dollars to combat human trafficking and help victims

Conversely, increased economic independence and development can have positive impact on such situations. To begin with, they are equipped with better resources to deal with the legal procedures. But more importantly, economic development becomes an important factor that prevents trafficking. It can lead to better education and awareness, which then helps the victims to realise and evade the traps laid by traffickers. It also reduces the burden on families to marry their girls off early, which often end up in these child brides getting trafficked.

Human trafficking tends to destabilize and displace communities by creating conflicts and undermining development. While its links to other criminal activities has been explored, many approaches to dealing with trafficking often forgoes the basic structural changes that needs to be implemented to counter the threat to stability that trafficking poses. Especially during the pandemic, as the world was thrown into uncertainty, trafficking found more opportunities. The focus on pandemic prevention has led to a reduced attention on other organised crimes. According to a survey by OSCE and UN, there was a fear amongst organisations working in 102 countries that their shelters would have to be closed due to the increased attention given to pandemic prevention.

Efforts by NGOs, civil society associations, volunteer networks etc focus on the economic upliftment of the areas that are prone to trafficking for this very reason. The vulnerability of marginalised sections has increased due to the economic stress pandemic has caused. The United Nations predicted that there will be 13 million more child marriages around the world. The economic development and skill creation programmes at grassroots levels can go a long way in combating such trends. In times of uncertainty, such an economic safety net will protect the vulnerable sections from adopting desperate measures and getting trapped at the hands of traffickers. 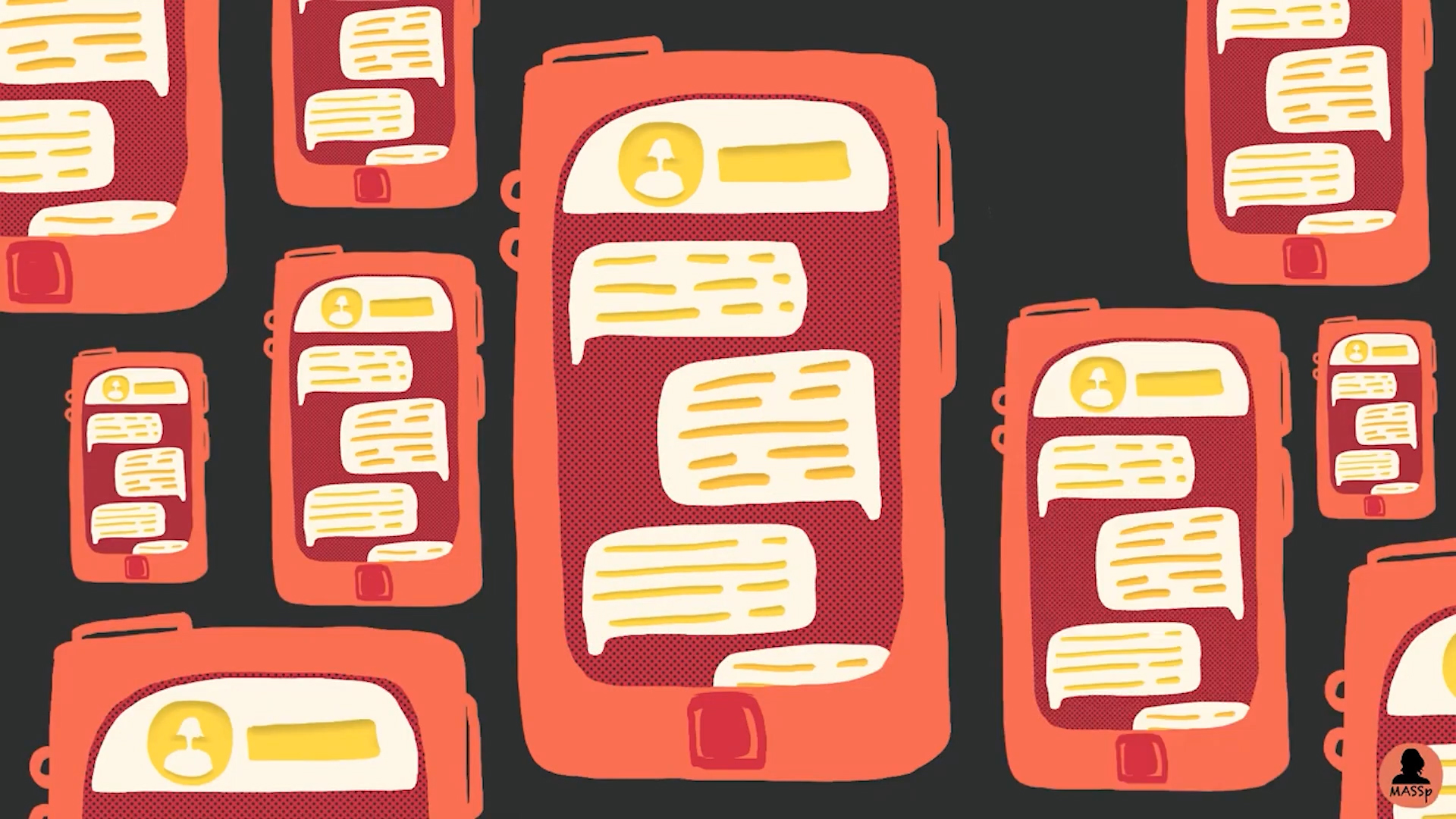 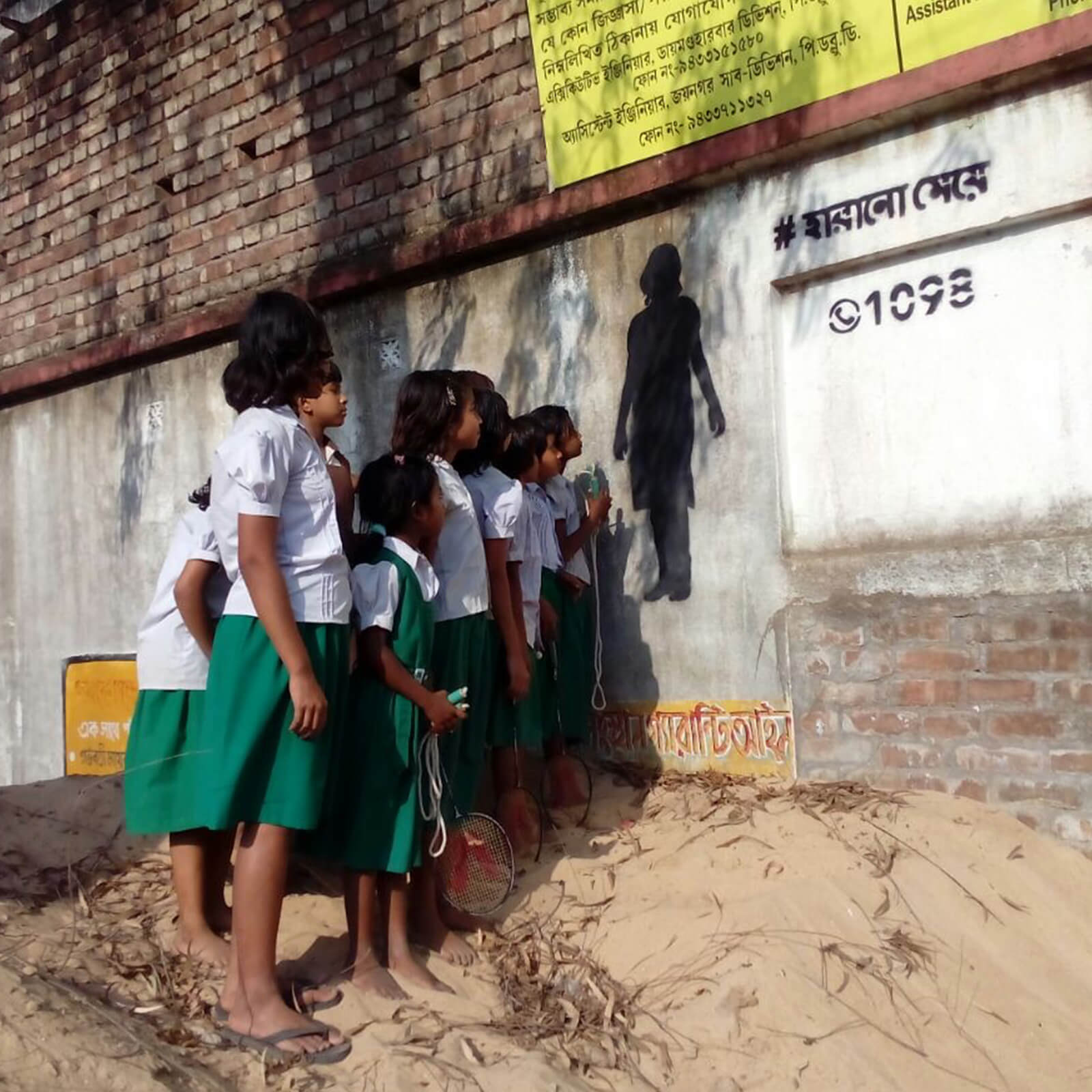